My sister Amy had taken a workshop a couple years ago with Peggi Kroll Roberts and thought it was the best she had ever taken, so when she learned Peggi was doing a workshop in Jacksonville she asked if she could come stay with me so she could take it, and talked me into taking it with her!

Peggi is primarily an oil painter and it was advertised as a workshop for oil painters, so I was not sure if I could use it, but I contacted Peggi and she assured me that much of what she taught applied to any medium. 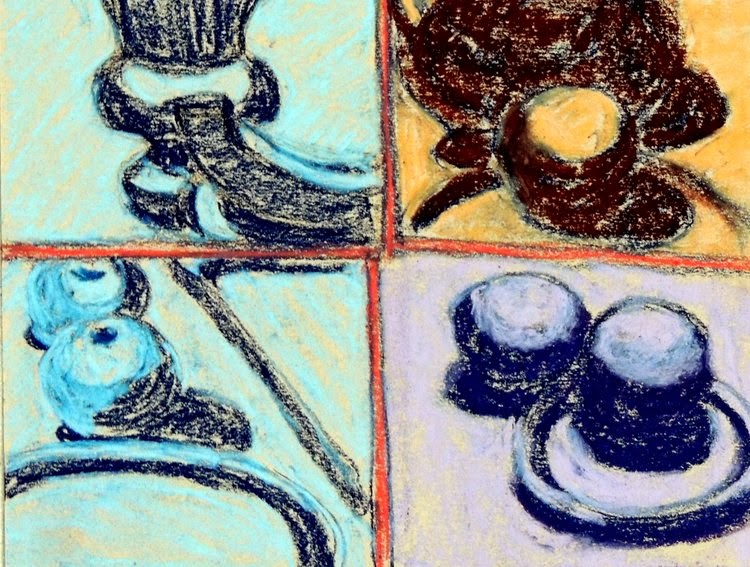 And so it proved. She spent a lot of time with values the first day, spent in the studio, with tables covered with little mini still lifes all over. We had to look at different ones and do works using ONLY TWO VALUES - seeing only what was in light and what was in shadow. Everything in shadow had to be be dark and everything in light had to be light, and that was it! Later we were allowed to add a hint of a third value if we wanted. 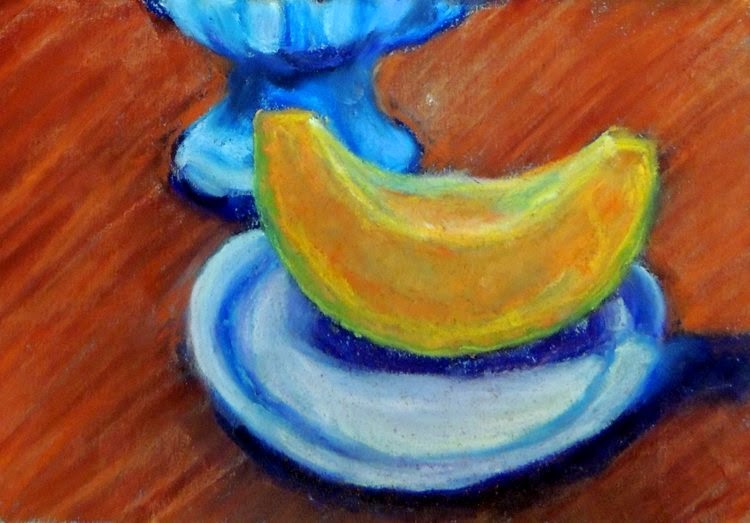 We then got to do a couple short paintings from the still lifes around, but were supposed to concentrate on values. 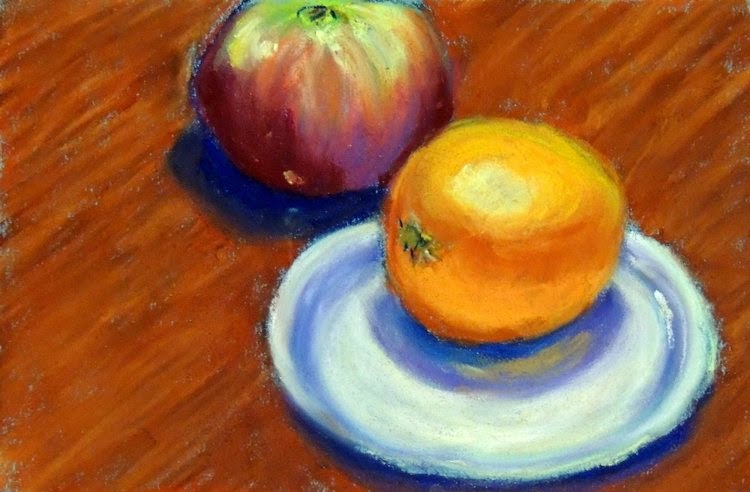 Lots of concentrating on what was in light, what was in shadow, direct light, reflected light, etc.

After lunch we had to concentrate on values again by doing a painting using a fairly monochromatic palette. And then when we had the values worked out we were supposed to try the same thing, adding in local color - though I did add in the spoon I had decided to drop from the monochrome version. 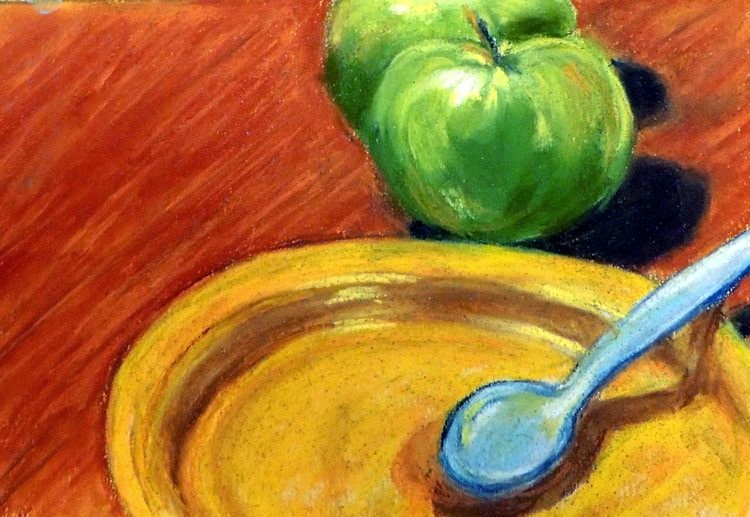 That took us right up to 4 PM when the class ended, and thus endth the first day. Lots of fun, and the other women in the class were fun also - but a bit physically and mentally tiring to paint all those hours!

Posted by Debbie Cusick at 8:10 PM No comments:
Email ThisBlogThis!Share to TwitterShare to FacebookShare to Pinterest
Labels: Still life 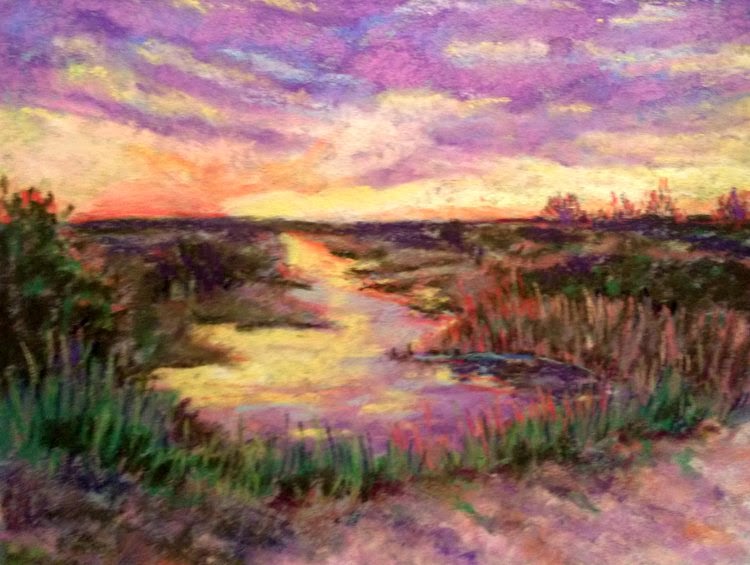 I've been in a bit of a painting rut lately. Except for the pet portraits I did for my cousin's birthday I've only done two paintings since the pastel workshop I took in February, and both of them were rejected from our upcoming pastel society juried show! So not a very good track record, LOL.

But tonight I went to my friend Leslie's open Studio Club at her home studio to try to shake out of my rut. On my way home from my cousin's birthday weekend I stopped to do some birding at the Savannah National Wildlife Refuge.  I was there early in the morning and enjoyed the lovely light of the early morning sun, so I used one of the photos I took as a reference.

This is my "preliminary" painting. I have to stop and see how it looks in natural daylight, and give myself a chance to think about it a lot, but I'm happy with it so far. It's a 9x112 on Richeson paper, sort of a slatey color.