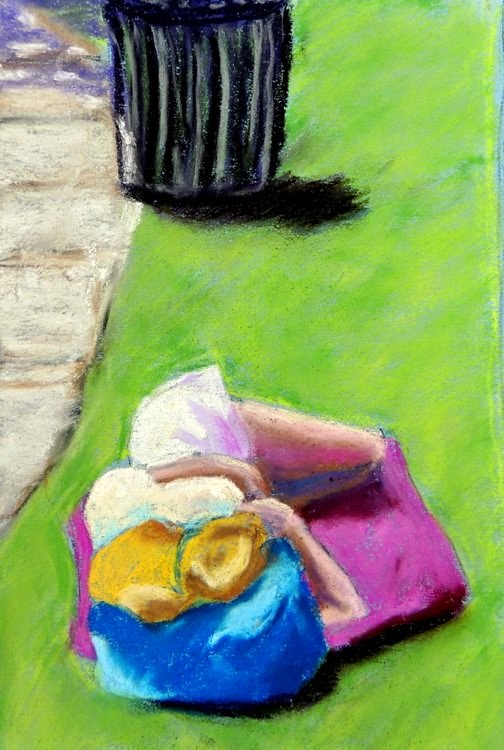 Boy, I am so behind in my blog! I and I kept putting off adding things I wanted to add, as I wanted to keep this chronological. I had a lot to say about the Peggi Kroll Roberts workshop, but never got around to saying it, so now it's just time to move on. Our second day we went to Stinson Park, a small gem of a park on the river, and worked with live models. It was a hot day for the poor models to be out in the sun. 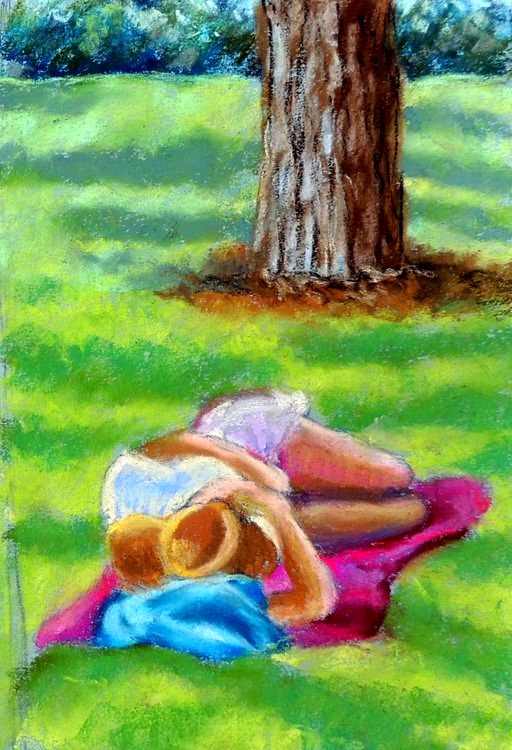 I think that's why they asked if they could be in the shade for later poses. It was fun, but the park had two drawbacks - a teeny-weeny parking lot - only about 16 spaces, and our class of 18 took up most of them, quite an issue as there was one birthday party going on at the park and another park as well, and everyone jockeying for places to park. The park also had no sanitary facilities, so if you jumped in your car to go to a rest room you knew you would not find a space in the parking lot when you got back. 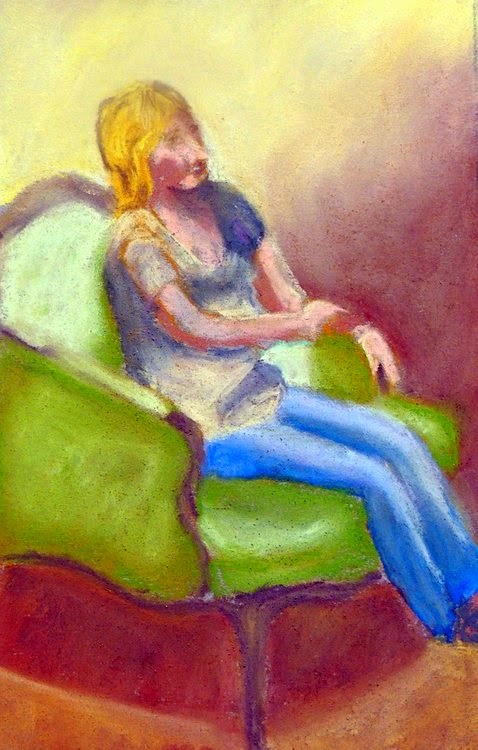 So the third day a different park with a slightly larger parking lot was suggested for us, but when women in the class found out that it *also* had no sanitary facilities there were grumblings of rebellion, so Peggi made the decision for us to work in the studio on the third day, though using the same two live models. 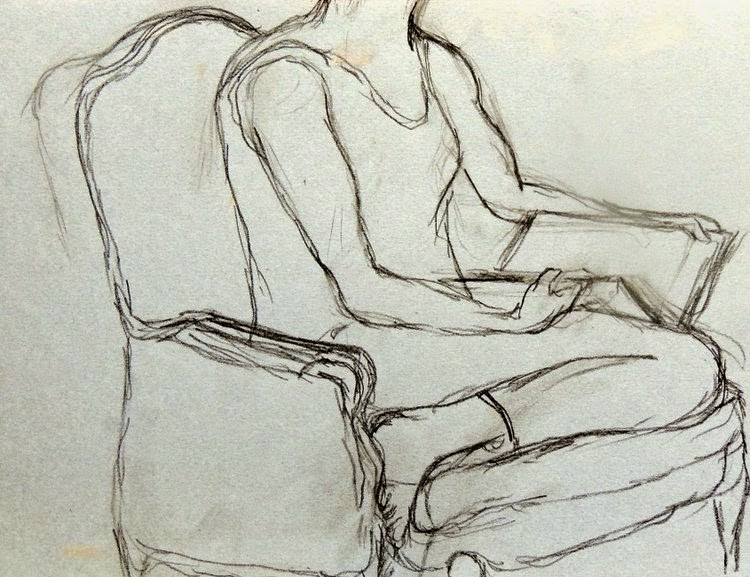 On this day she wanted us to try practicing some drawing skills, though without the concerns of values that we had on the first and second days. 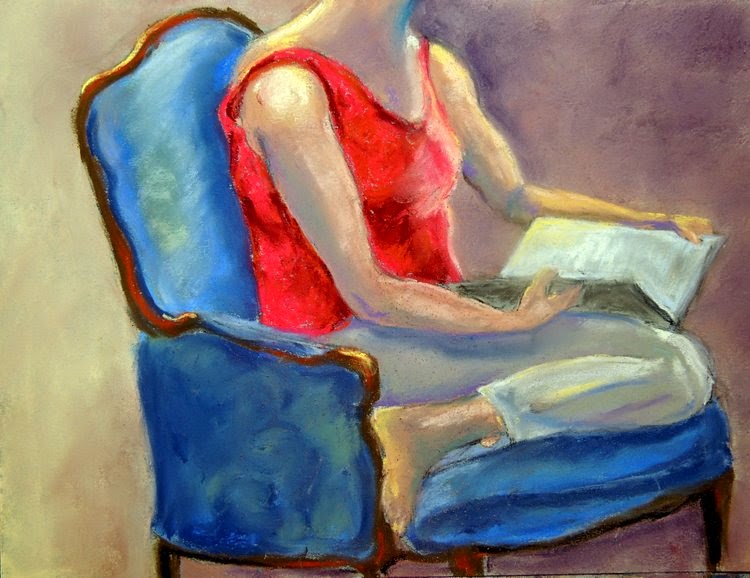 That came later when she suggested we add color to our drawings. Being in the studio made the day far less stressful than day two had been! Quite an interesting workshop, and I wish I could implement some of Peggi's ideas as effortlessly as she did them.
Posted by Debbie Cusick at 11:59 AM
Email ThisBlogThis!Share to TwitterShare to FacebookShare to Pinterest
Labels: Figurative