In May the Jacksonville Artists Guild had their zoo fundraiser opening at the zoo itself. What a fun evening it was to have the zoo all to ourselves, and to see all the amazing artwork the members contributed. 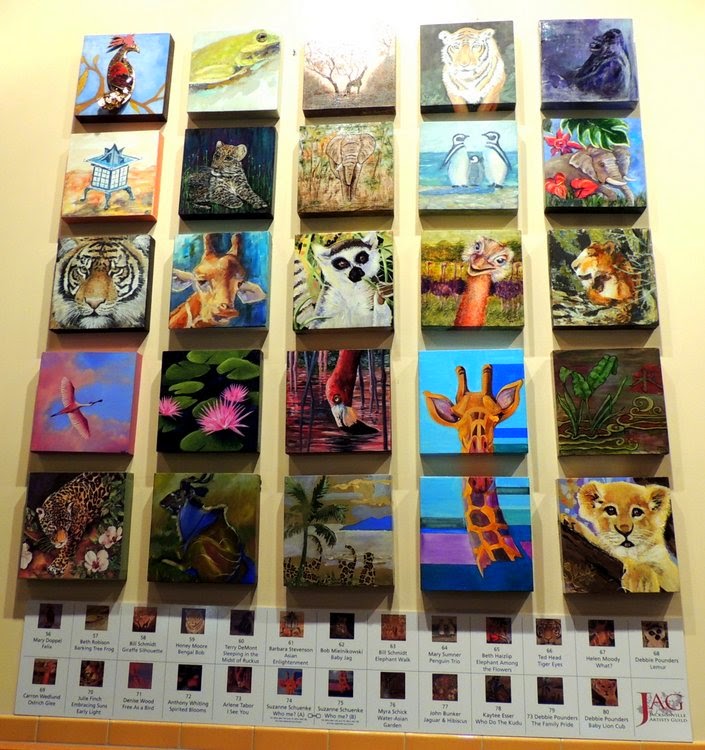 Between all the members who participated we had enough artwork to make four large amazing blocks up on the way, 105 pieces in all. It was awesome seeing what everyone did. 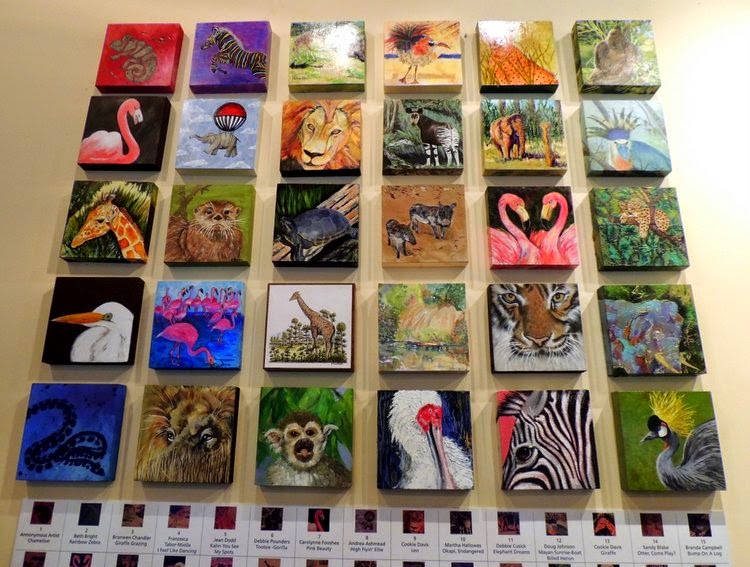 My elephant piece is in the second column from the right, second painting from the top. During the event the pieces were also available for purchase via silent auction, and someone bought my elephant! Yay, $100 raised for the zoo. 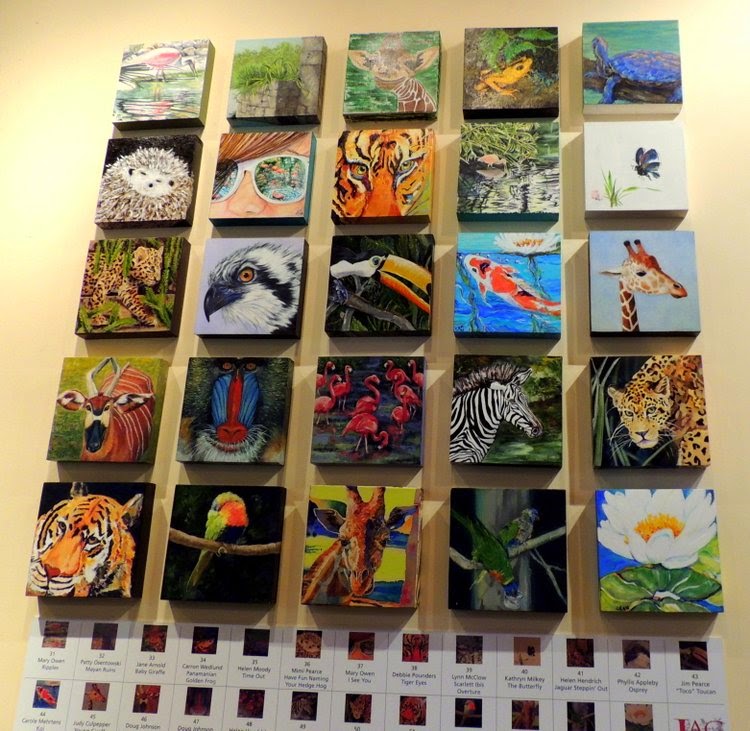 There were so many awesome works of art I was tempted to buy one myself, but could not decide on a particular one. 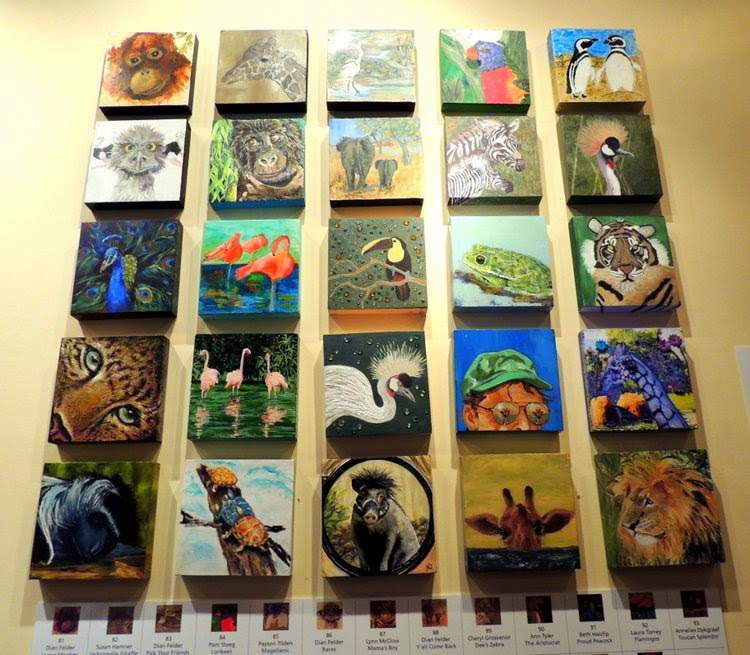 I had two pieces in this block of work - the blue giraffe in the rightmost column, second from the bottom. In the same row, second from the left, are my three pink flamingos. I guess I was not that original in subject matter, LOL. Giraffes, elephants and flamingos all seemed to be pretty popular among the artists.
Posted by Debbie Cusick at 12:20 PM
Email ThisBlogThis!Share to TwitterShare to FacebookShare to Pinterest
Labels: animal portrait